I love people. This morning on the bus a small African chap got on. He walked over to my seat. There was a spare seat next to me. He said to me, "Can we share?" I said, "Of course," and almost died from cuteness overload. A few stops later a really old woman got on. He offered her his seat, but she didn't hear and sat down in another one. So he tried offering his seat to another person, but they didn't want it. So he sat down next to me again. Made my morning. 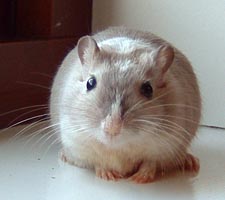 I went to see King Arthur in my break yesterday. I can't put my finger on exactly what was wrong with it, but it felt kind of B-grade. Everything was a little bit tacky. And all the acting was a little bit dodge. Some parts of it were interesting. The whole Pelagius-Rome-human rights-freedom-collapse of an empire stuff that Arthur was thinking about was interesting.

The part that struck me the most was this fight between the Woads and Arthur's knights. The Woads spent several minutes of the film hemming the knights in the forest by shooting arrows with barbed-wire ropes into trees, making a kind of big barbed-wire fence. It took ages, and they had to shoot heaps of arrows all over the place to finally get them to stop running. But when they did, Merlin blew some horn which meant that they weren't supposed to kill Arthur. So they all walked off. I really felt sorry for all the people who'd climbed up those trees. And for the people who'd prepared all the barbed-wire arrows. And for those who had to go pull all the arrows out of the trees, and put them back up. That must have taken ages.

I'm reading a book at the moment called The Rhythm Section. I don't like it much, but apparently it was recommended by The Economist, so I must be wrong.

It's all about terrorism and this girl who becomes a secret agent because her parents die and she gets depressed and then gets sick of being a prostitute. The interesting thing is that the big plot at the end of it is about a suicide hijacking. She's got to try and stop it by infiltrating this Muslim terrorist organisation. The plan is for 5 suicide hijackers to hijack a plane flying out of Italy or Greece, and fly it into Manhattan in New York. The organisation is funded by wealthy Arab oil families, and the guy who runs it trained in one of Osama bin Laden's camps.

I checked the date on the book, and it was published in 1999. That's pretty amazing I reckon. I wonder if Osama (or whoever did the bombing) read the book and got the idea from there. This guy here noticed it too.

You see, wire telegraph is a kind of a very, very long cat. You pull his tail in New York and his head is meowing in Los Angeles. Do you understand this? And radio operates exactly the same way: you send signals here, they receive them there. The only difference is that there is no cat.

Grandma and I went out for coffee and lunch today. It was great fun. We hung out in her room for a while and listened to old guitar tapes. I found her favourite tape, which she'd thought she'd lost. She was pretty happy about that. It was a good tape.

Then we had Danes coffee in Wahroonga which was yummy as all get out. Grandma told me stories about all sorts of fun things. She has so many cool stories, and manages to remember which ones she's told me and which ones she hasn't.

I love Goretex. Thanks to Goretex, after my long walk the other day through the freezing, windy, rainy sounds I've only got a little cold, instead of a really bad cold.

And the walking was fun and not too hard. And the weather was perfect and sunny and just the right warm. I didn't get blisters at all. The boots were actually really comfortable. Although they were leather which was gross.

We slid through this cool ice hole too and almost got jammed. And I took lots of photos, except my film ran out.

And it was so good. I can't describe how much fun running around exploring ice is. Not that it was proper proper exploring because there were 10 of us in a big queue, but it was still great.

I want to do it all over again.

Oh my god. I'm blogging from a bus. It's an old red bus that I don't reckon drives so good any more. And it's filled with TFT screens and the lovely tunes of Jack Jones. And it's cheaper. All the other stupid internet places are crap. I've often thought it was funny that dingy little cafes in the middle of some impoverished Latin American country can have better internet (faster, nicer, and better keyboards) that spruced up joints in the middle of Sydney. Or in this case at the foot of the glacier. Which reminds me.

Oh and it's next to a trend musicky looking place too. With laid back musicky sorts of people who I reckon secretly also know a heap about computers.

It seems a shame to waste my $2. It costs $2 for only 15 minutes in most places in New Zealand. Normally my time runs out way before I'm finished. But this one seems to go and go and go. So I thought I'd make another post, instead of doing the sensible thing and going to bed.

I'm going for an ice hike tomorrow. Maybe. If there's enough space. And if I've got enough money, I might do a heli-hike. It's one of those things I never in my life I'd have enough money to do. But I haven't spent very much so far, so I could.

Oop. Have to post it. The count down has started.

I had the best veggie burger of my life tonight. I sat in the car and ate it with Vanilla Coke. It was so saucy and floppy. Just like I remember hamburgers being when I was a non-veggie kid. It wasn't strictly speaking vegan, but so so yummy. I love sitting in the car and eating fast food. It's one of my favourite pass times.

Lots of walking. My legs hurt to the shithouse. I bought lots of chocolate even though I don't like chocolate, just in case I felt like chocolate on the walk. And boy did I feel like chocolate. I was totally buggered about 10 minutes after I left camp this morning. So I half a block of chocolate. I think that might have been too much. I ran and danced and sang for about half an hour through the mud and rain and slime. I ran so much I almost mudslid off the edge. And this was some edge. It when way, way down.

I definitely like sounds. After "We like the moon" they are funnest thing so far about New Zealand. Except they make your legs hurt a lot. I walked 45km or something. Thanks to my chocolate I got to the end early. The boat people had told me to go as fast as I could because they were worried I'd be late for the boat. As it turned out I was 4 hours early. So I ended up walking another 7-8km down the road to hitch a ride. Eventually I nice Israeli lad picked me up and dropped me right at my car. He thinks that big wall in Israel is a bad idea, and he told me that there isn't much difference between ancient and modern Hebrew. I was impressed.

New Zealanders are so friendly. All these Outward Bound folk on the track chatted to me. And the boat captain offered to let me stay in his house after talking to me for only 15 minutes. And on the way to main hitching road this afternoon, this woman stopped and gave me a lift even though I didn't have my thumb out at all.

It was such a pretty walk.

Now I'm using up my internet time. I could go and read Jem's blog. She sounds sad. I'm a bit sad too. It might be a chocolate down. I could just leave and start my drive to the other coast. Wow. My schedule is so on schedule. Not like me at all. It's all thanks to that Israeli lad.

I should have stayed in this hostel. It's cheaper, the internet is better, and the people that run it seem a bit nicer. The other guy wasn't un-nice. But he seemed a bit preoccupied with making money.

Bah. Stupid QMA exam and stupid social science. But I guess it could have been worse.

7pm seems so late at night when you're travelling by yourself. I can't think of anything else to do. Travellers in hostels can be so unfriendly. I was just in the supermarket. And two of the people staying in my place where there. We must have passed each other about 10 times. But neither of them made eye contact. Eventually I said something, and he laughed awkwardly. So that was good.

The next 5 days are going to be crazy go nuts. Two day walk tomorrow and the day after. Then driving to a lake for more walking. Then doing an ice walk on the other side of the country. Then driving back up, and coming across to Christchurch again. There'll be lots of driving and early mornings I reckon. It will be great.

Wellington is great. I've loved it heaps. Kate's family have been way nice to me, and I've bummed in her and Andrew's house for four nights. And we've watched so much West Wing. I feel like the characters are part of my family. I watched my 13th episode this morning. Just wonderful.

I was going to go to the communist cafe. But I don't think I'll have time sadly. This morning has gone too fast. I don't really want to leave. Although I'm a bit excited about trying to climb a glacier. That would be tops.

I don't know if it's the highlight of my trip, but it's very close.

About to get on a plane to New Zealand. It seems much scarier than it really is. New Zealand probably isn't in the least bit scary.

The flight from Sydney to Christchurch at 11:30pm that I was just getting ready to catch, actually left at 6:10pm. Bugger eh.

Update: I have to buy another flight which will cost $241. Dear me. I'm very silly. This single flight is $20 more than what I'd paid for the whole return ticket originally. And I have to pay the $70 airport tax again, even though I didn't even get to the airport. Bummy airport tax.

I spent today playing with Tom in Westfield. We both love Westfield. Actually, I think almost everyone loves Westfield. I shopped like crazy. More than I think I've ever shopped in one day. Amazing. Mostly stuff for New Zealand, but also a Win32 Python book and a live Jeff Buckley CD (which I'm listening to now). Sometimes I think that John Mayer is the sexiest man in the world, and then I put on a Jeff Buckley CD and completely forget about John Mayer.