Just awesome. You can waste a lot of hours. The whole location mapping stuff isn't even that relevant.

Jem and I watched Purely Belter last night. I reckoned it was purely belter.

I watched this last night. It was appalling. As with many of Scarlett Johansson latest films, she only just barely redeems them.

I really like this Amnesty idea. Everyone who signs their petition, gets their own virtual bottle, which they can send to their friends. All of their friends can add their name into the bottle and it keeps track of how many and who. As you can see, mum only has two friends as of this morning, and one of them is her son. But it's introducing competition into the whole chain letter idea, which I reckon is the kind of innovation the old chain letter needs.

Mum found this little critter. He has yellow bandage booties. He was involved in a hit-and-run accident, but is getting better apparently.

Eureka! The discovery of a real live Homo economicus. But it turns out these people can't make the simplest decision. They can't set goals and their lives fall apart. The mind has an elephant of its own

I love Ross Gittens. This is a tops article about the relative importance of the concious and sub-concious in our heads.

Michael Franti is coming to Enmore Theatre on the 22nd of September 2006. Huyyay.

last.fm is so neat. It's like a customised radio, and it looks at all the songs you've listened to in the past and tries to guess at what other music you'd like. It's found heaps of music that's really tops. I get excited about what song it will come up next. Although sometimes I have to stop it and put on Bob Dylan for a while, because it doesn't find very much Bob Dylan. None so far in fact.

This is the house Mil and I lived in in Peru and you can see the park where we used to play soccer. Google Maps is pretty cool.

Since 1998 the water levels in Sydney's dams has been most stable in the past 18 months. And the levels are the highest they've been since the middle of 2004. I wonder if water restrictions have actually had an impact, or if there has just been more rain than I'd realised.

I'm going to be moving footboot.net, fatvegan.com and a few other domains to a new server over the next few days. So there may be unexpected happenings.

Denzil (and some other guys from CHERE) did some research on the private health insurance market. Abbott doesn't like it, so they must have done something right. Apparently, a lot of Australian's get private health insurance but don't use it. The tax incentives to buy insurance mean that it's sometimes worth getting even if you never intend to use it. So what really happens is the insurance companies and the insurance "user" divvy up the tax refund, but nothing else actually changes. At least in high number of cases.

At the beginning of semester I had two essays which I spent the same amount of time on, wrote fairly similar things for and were for subjects taught by the same lecturer. I tended to mix the subjects up. Strangely, I got 67 for one, and 88 for the other. This struck me as quite strange, but I figured it was just one of those weird things that happens. I just got my final marks for the both subjects though. I got 67 for the first one, and 87 for the second one. I wrote the final essays for both in the mornings before I handed them in, two days apart. Although I lost 5% for the essay I did better in, because it was a day late. Which I've just realised means I must have got 91% for that essay, which is the best mark I have ever got for an essay at UNSW ever. Pretty dumb. 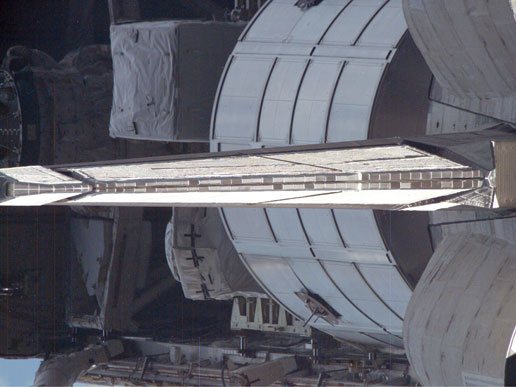 I made Blogfeed more pretty.

Update: Much thanks to those beautiful human beings at Alistapart.

Changing to Encompass Credit Union was so worth it, if only for the fact that my internet banking username is 5 numerals instead of 16.

I won't go into all the other lovely things about Encompass, because I everyone would get bored. More than usual.

This morning I sorted:

And I sorted out internet yesterday. It's probably all stuff that would have been good to sort out two weeks ago. But this is good for me.

Mum got me to go up to the shops and get milk this morning. I debated with myself on the drive there as to whether I should go to the corner shop which was closer and had quick parking, or the supermarket which was further but cheaper. I only have a little money for the next 10 days (because I forgot to tell my jobs that I've closed my ANZ account), so I was drawn to the cheapness of the supermarket. But then I thought about the socially sturdy man at the corner shop, whose been there since I started primary school. I imagined him sitting there by himself, while everyone went to the fancy new supermarket, which has only been there since I was in year 2. Then I thought about the social effects of me spending money at the corner shop. Maybe the sturdy man would be more likely to spend his money at the local hairdresser and the local hardware shop (being a local boy and all). And that sort of thing invigorates local communities and strengthens the social bonds between us that have become so weakened in recent decades. But I know that milk costs at least 37% more in Newtown at a local shop than it does at Foodworks, and Foodworks isn't even the giant, overhead-cost-sharing-and-saving behemoth that is Asquith Coles. So I stood to save a lot of money by going a little further and abandoning my community. I decided it was about not supporting shareholders. I didn't want my milk money going to shareholders overseas in some Asian country, or to James Packer or Bill Gates. Shareholders were what was really wrong with the whole Coles Asquith world. They took money from the poor milk-buying masses and gave it to the wealthy, who already had more milk than they could ever need. But as I parked next to the cornershop, my mind made up, I reminded myself that overhead-cutting behemoths are also an important part of the community and make cheap food accessible to poor families and employ lots of young locals who'd otherwise be breaking and entering. But I'd already stopped the car, so I walked into the corner shop. I got the Perfection Dairy Milk out of the fridge, and asked the sturdy man if he had soy milk, assuming it would be in a dingy little corner somewhere like it is in most corner shops. He said he didn't have any soy milk. So I paid for my dairy, drove to Coles Asquith and bought three cartons of soy milk for $1.89 each. Yes that's right. $1.89. Anyone who's bought soy milk knows that $1.89 is a once in the lifetime sort of bargain. Just brilliant.

I think I might finally have a working phone service again. After 6 weeks Three have said they will reconnect it. Hurray. Stupid Three. Now I just have to convince them to give me a battery that works. Stupid Three fancy phones. They charge large amounts of money for these video doohickey online webbery phones, just so they can charge large amounts of money to sell all that doohickery too you.

I think I only have 6 months left to go though. I reckon I can hold out. It has been very tempting in the last 6 weeks to leave the country, default on my contract and make a fresh start with a new mobile company somewhere in South America.