Her strength of character, not to mention the careful styling and stunning good looks, improved in recent months by jail-time weight loss, have bolstered her claim she is innocent and that corrupt baggage handlers planted the drugs in her boogie board bag. M iranda D evine, Grace under fire moves a nation

For the first time I actually managed to get two hours of solid writing done for my assignment. Then OpenOffice crashed. And the solidness went. I'm going back to Word I reckon.

I still don't eat unhappy chicken eggs and honey or wear leather. Although I've been seriously considering buying a crappy second-hand leather jacket so I can ride a motorcycle. I'm bad.

Mr Richardson said there were practical reasons why it was unlikely ASIO would abuse the questioning and detention powers if they became permanent.

"Whoever's sitting in my job, I don't think is going to have an interest in having their public career ending in disgrace by abuse of power," [Mr Richardson said.]

This seems a bit mad to me. You could use this argument to justify virtually any powers. If you give them the power of summary execution, they're "unlikely" to use it because it will make them look bad. I'm not sure if that's a good reason to actually give it to them.

And then there is this.

Geoffrey McDonald, assistant secretary of the security law branch of the Attorney-General's Department, said some people could be left out-of-pocket if they lost their employment as a result of being questioned under the powers, which can bar an interviewee from explaining to their employer where they have been while in ASIO custody.

Are they serious? So if the government starts turning us into a police state, we're not legally allowed to tell anyone it's even happening. Do these people understand nothing? People spent hundreds of years fighting and dying to win these rights. I'm not surprised that people try to remove them. But to do it so casually makes them look like they miss the point entirely.

We watched Episode III tonight. It was good. George has redeemed himself big time.

Putting the smile back in simile

Thanks to Jono. Try to imagine an intense writerly sort reading these to you out loud.

John and Mary had never met. They were like two hummingbirds who had also never met. Russell Beland, Springfield

From the attic came an unearthly howl. The whole scene had an eerie, surreal quality, like when you're on vacation in another city and "Jeopardy" comes on at 7:00 p.m. instead of 7:30. Roy Ashley, Washington

The thunder was ominous-sounding, much like the sound of a thin sheet of metal being shaken backstage during the storm scene in a play. Barbara Fetherolf, Alexandria

The War in Iraq Costs the United States

Instead, we could have ensured that every child in the world was given basic immunizations for 56 years.

Economist like to talk about all the natural-born entrepreneurs swarming about in even the most industrially underdeveloped countries. Being good at is part of human nature they all say. I've long doubted it. But I think I've just thunk through a reasonably good bit of evidence as to why it probably isn't true.

In America there is a huge cross-over between private enterprise and government enterprise. There are CEOs of big corporations taking up government spots all over the place. And old government officials going directly to powerful spots on company boards. People accuse the government of only allowing itself to be advised by corporate interests. The government says that isn't true - they only choose the people who are the best, and it's just an unfortunate, but necessary, evil that conflicts of interest will arise.

So, in claiming that, either the corporate/government agenda has openly admitted that there's no where enough entrepreneurial talent to go around. And this is in America, the home of happy, chummy capitalism. If there is enough talent to fill both fields with good people, then the only reason there could be for appointing corporate folk to government is that the corporate agenda controls who gets into government. You can't really argue that conflicts of interest are a non-issue. So the non-corporate entrepreneur bucket must be pretty empty, if the government resorts to hiring corporates.

I'm inclined to think there isn't enough talent. I'm not totally cynical about US politicians. I think there are enough idealistic ones around that corporate interests would have been purged out of government if the politicians didn't feel that accepting corporate talent was a necessity.

The conclusion is that opening up markets in non-industrialised countries is the craphouse idea. Especially since the government is going to need what entrepreneurial talent there is to do pesky little things like run the country.

Until now I've thought SPSS was pretty average. I just bought a copy (for $185) depressed as pie because I didn't like it at all and didn't think I would even use it that much. But it's actually pretty good. The Windows is heaps more responsive than the Mac version we've used. So you get stuff done much faster. It feels like it becomes intuitive more quickly. You're not so afraid to try things and make mistakes because you don't have to wait for each window to slowly load and then generate the guff. I'm enjoying using it. Although that might be because I'm sitting in Esme's at uni. Esme's is something else I didn't like at first, but has grown on me a lot.

The bible contains 6 admonishments to homosexuals and 362 to heterosexuals. That doesn't mean that God doesn't love heterosexuals. It's just that they need more supervision.

I just watched Samsara. I loved it totally. So romantic and wonderful and interesting. And Pema is the best, best female character in the history of ever. I love her. It was all great. Wow.

In the second paragraph of of the Managment Accounting chapter on project management I found this.

Each release is the result of many people working countless hours writing code, testing programs and revising code.

Which is funny, given the most important aspect of project management seems to be counting hours/days/weeks.

I just booked motorcycle training. Five weeks from now I could have a motorcycle learner's licence. Pretty good. 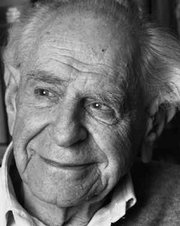 What a champ. I forgot that I wrote about him before.

Falsifiability and the Communist Dialectic

I've listened, lately, to various sorts of Marxists talk about the reasons the Communists states have all "failed". They seem to feel the primary reason is that superior propaganda of the well-organised entrenched bourgeoise. Noam Chomsky (who I love) is a big pusher of this idea, and it's pretty popular all over. And while it's possible, it's a tricky argument because it's not really falsifiable. And falsifiability is one of the main criteria for any good hypothesis. You can see this by supposing the Cold War ended differently and Communism had won the ideological battle for the minds of the masses. In that situation I've little doubt that the Communist proponents would be on the TV declaring this was proof that capitalism wasn't ethically or practically feasible, and that the debate was over. The other side of the debate would come from a flock of hardened capitalists, saying it wasn't anything to do with the efficacy of the capitalist idea. Capitalism "lost" purely because the Communists won the propaganda war for the minds of the masses.

I wouldn't like this "propaganda war" argument coming from either party. But even less I like the implicit disdain for the masses and their malleable minds. Placing the stupidity of humanity at the core of any argument is arrogant. And since it's virtually impossible to prove human stupidity wasn't the cause, it is not even epistemologically valid.

On the Road is many absolute favourite book ever. And favourite by a lot. Which is really saying something given the incumbent book was either The God of Small Things or Disgrace. I want to read Jack Kerouac forever. I feel so much a part of his world. He's the best writer ever I reckon. Or at least the one I most want to be. Not in terms of life, just in terms of writersmanship. I think I said to Libby that if I was perfect in every sort of writerly sense, I'd write On the Road. Coetzee still has the best stories and characters and best understanding of humanity and what is broken. I love him too.

If one wanted to know what sort of person I aspired to be like, then reading On the Road and Disgrace would give you a much better sense of it than would reading The God of Small Things. Not in terms of wanting to be like characters, but they contain most of the things I value. The God of Small Things has the most beautifully crafted story, and the softest, most joyous, compassionate mood. Which are also things I value.

A while back I started trying to imagine what would be in a list of My Top 150 Things. I have started a very underspecified first draft.

In no particular order.

I have a big problem with people eating meat. I think it's wrong.

His Brain, Her Brain

The researchers presented a group of vervet monkeys with a selection of toys, including rag dolls, trucks and some gender-neutral items such as picture books. They found that male monkeys spent more time playing with the "masculine" toys than their female counterparts did, and female monkeys spent more time interacting with the playthings typically preferred by girls. Both sexes spent equal time monkeying with the picture books and other gender-neutral toys.