I'm reading about holocaust denial after a fellow at Rough Edges gave me one of their pamphlets. Holocaust deniers, who are mostly just neo-Nazis, basically seem to be saying that "we didn't kill six million Jews but we would if we could." They feign horror at the suggestion that Hitler would ever harm a hair on a Jewish head, but then talk about how awful Jewish people are and if they were slightly harmed they totally had it coming.

But it's interesting to read about all the myths (accepted as myths by both sides) that I remember as being historical facts when I went to Germany as a kid. I thought most of the killings happened in Germany for instance. But it seems that nearly all of them happened in Poland, because German people got upset at Hitler when he tried to mass kill people in Germany. And Nazis didn't make soap out of concentration camp victims either.

I know it's difficult to care about fact-checking when you're dealing with folk like the Nazis, but I suspect if the Allies had been a bit more careful about the rumours that were spread, there probably wouldn't be such a successful Holocaust denial industry today.

Thankfully, Libby, Alex, Sophie, Graham, Sam, Sarah and I all were herded up by Miles to go see Gotye last night. I probably would have forgotten if it had been up to me, like I did with The Shins.

Gotye was beautiful. Although most of his live goodness was due to his lanky charisma, rather than the vibe of the music. So much of the music was presampled that it didn't fully feel like a live concert. But his songs are so good and his lankiness is so lanky that you couldn't help but love it all.

We watched Miss Potter last night. Despite having Emily Watson in it, I thought it was pretty bad. Jem planted some rhubarb last year, but it appeared to die not that long after. Now it is coming back. Beautiful. Since moving this blog to SliceHost the page load time has dropped from over a second to 100-200ms. Sweet. I don't even have the cache turned on anymore.

One of the best things about this semester is that instead of spending $250 or more on textbooks I only have to spend $15.50 on one development reader. My two other subjects are both using textbooks I already own. Combined with no more union fees I'm going to be so rich. I usually spend the first half of term catching up on all the beginning of term extravagance.

In all, 109 subjects were recruited by means of a background questionnaire. They were then divided into three groups according to age, gender and soup preference.

I find my job really difficult and mostly it just makes me unhappy. However, sometimes I really love coming into uni in the morning, getting a coffee (and occasionally a vegan muffin) and going to the office. I have a little heater for winter, a little air conditioner for summer and a fast computer. Compared to working in a coal mine or something it's not such a tough job at all.

For folk who like all talking and no action, Amazing Grace is a tops film. I went to see it with my grandmother today and we both liked it. It was all about slaves and old-school English politics and William Wilberforce and his spunk of an articulate, class-conscious wife. William Wilberforce was being nice to animals (even edible ones) way back before people even started being nice to black people. William Pitt is also way cool, but I thought that before I saw this film.

We went to see it at George St tonight. It was great. Just like a Simpsons episode, but longer. 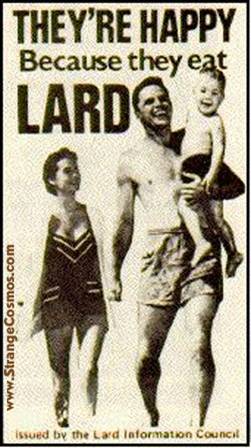 I used to think Raja must be the weirdest dog in the world. And then I looked after Maggie. Raja is still pretty weird, but this week he is projecting normality like you wouldn't believe. At first I thought I must be doing something wrong because Maggie just barked all the time. But she has food and water a somewhere to sleep and I don't know what else dogs need. Maybe what she really wants is somewhere inside to wee. Weeing on the kitchen floor is her favourite hobby after barking.

I tried to glue the French's door, but mostly just succeeded in gluing my hand. It is very, very gluey and I am slightly worried that some of the glue went into Hannah's gluten-free spaghetti.

Havoc was awesome and for more reasons than just Anne Hathaway. I thought it might be a bit corny, with a name like Havoc. But it wasn't at all. It was all good. It was about rich white American kids who want to be black gangsters because their lives are so surreal. For kind of a silly thing to do, the movie did well not to make fun of the characters. For a female director though, there were a lot of breasts. They probably had some symbolic significance that went past me.

Feast is billed as a fun, dumb B-grade horror film. It's mostly dumb with a little bit of fun. My favourite part was where the heroine knocks out the fangs of the big monster one by one with a piece of wood and then kills it by thrusting her arm down its throat and suffocating it. It was rated R, but it was all so over the top that it wasn't really confronting at all. I don't know if I'd want my kids to watch it though.

Children of Men was beautiful, but probably not as good as I was expecting. I can't put my finger on what was missing. As a piece of art though, it was brilliant. Wonderful long shots. Amazing sets. Perhaps the problem was the lack of purpose. It was that you didn't feel the characters had a sense of urgency, but I couldn't relate to the urgency. Their destination was mostly symbolic. The relationships were pragmatic. The girl was only important because of what she had. That was the nature of the world they were living in to a large extent, but I didn't feel like it made for a satisfying story.

Windows Save As Bug

I found a bug in the Windows Save As dialog. It's only a little one - it's really a display bug - but it's surprising after 10 years or so of the same dialog.

Windows asks you if you want to replace the existing file, even though the name you have is different to the existing one.

Doing one less subject is good for my marks. I went from a pass average last semester to an HD average this semester. And this was a pretty crap semester as well.

I had expected this film to be totally violent and unpleasant. Not the sort of film that a lot of people would be keen to watch. But it wasn't that violent and it is definitely a film that everyone should watch. It does a really good job of trying to explain kidnappings (and other class crime) in Latin America, without letting the kidnappers off too lightly. All the kidnappers were arseholes but a lot of what they said was reasonable.

On top of that is was really well made, it was interesting and the actors were tops. It was also fun to see a bit of what Caracas is like. Hugo Chavez certainly hasn't succeeded in turning it into a socialist utopia. Despite all his talk, I reckon he's a total moderate. He's more like Daniel Ortega than Fidel Castro. Which isn't a bad thing. I love Daniel Ortega and Fidel Castro, but for quite different reasons.